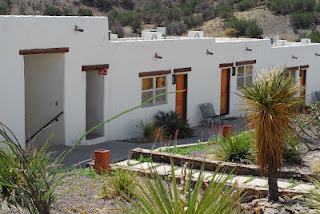 While Davis Mountains State Park just outside Fort Davis is closed until March for infrastructure work, we want you to know that both the Indian Lodge and its Black Bear restaurant will remain OPEN!

The park's website says this about the closure--"The closure is due to major upgrades being done on the park’s utility systems; in addition the trail system in the Limpia Canyon Primitive Area will be improved and six miles of trail added. The park’s new bird viewing area will also be completed during this time." 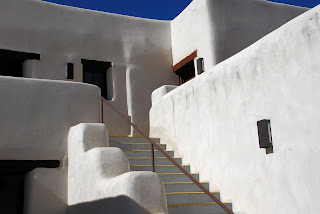 We were at Indian Lodge and its Black Bear Restaurant yesterday, and it was great to see the effect of this summer's monsoon rains.  The area is relatively green, the views are still spectacular and the CCC-built Indian Lodge still has that roomy gracious feel to it.
Posted by Unknown at 3:30 AM