We're taking a few days off due to illness, but we'll be back soon with new adventures and photos of the Texas Mountains!
Posted by Unknown at 6:18 PM No comments:

More tomorrow!
Posted by Unknown at 8:50 AM No comments:

Would you like to be a Texas Master Naturalist? 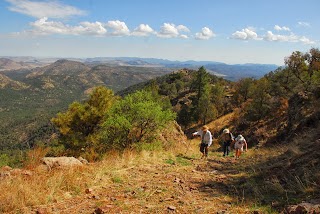 Our Big Bend/Davis Mountains chapter of Texas Master Naturalists, the Tierra Grande Chapter is holding a potluck and quarterly meeting Saturday, January 26th at Alpine's Kokernot Lodge from 1-4pm.  This is a great chance to meet other members of the chapter and ask questions, find out what the chapter is planning to accomplish in 2014. 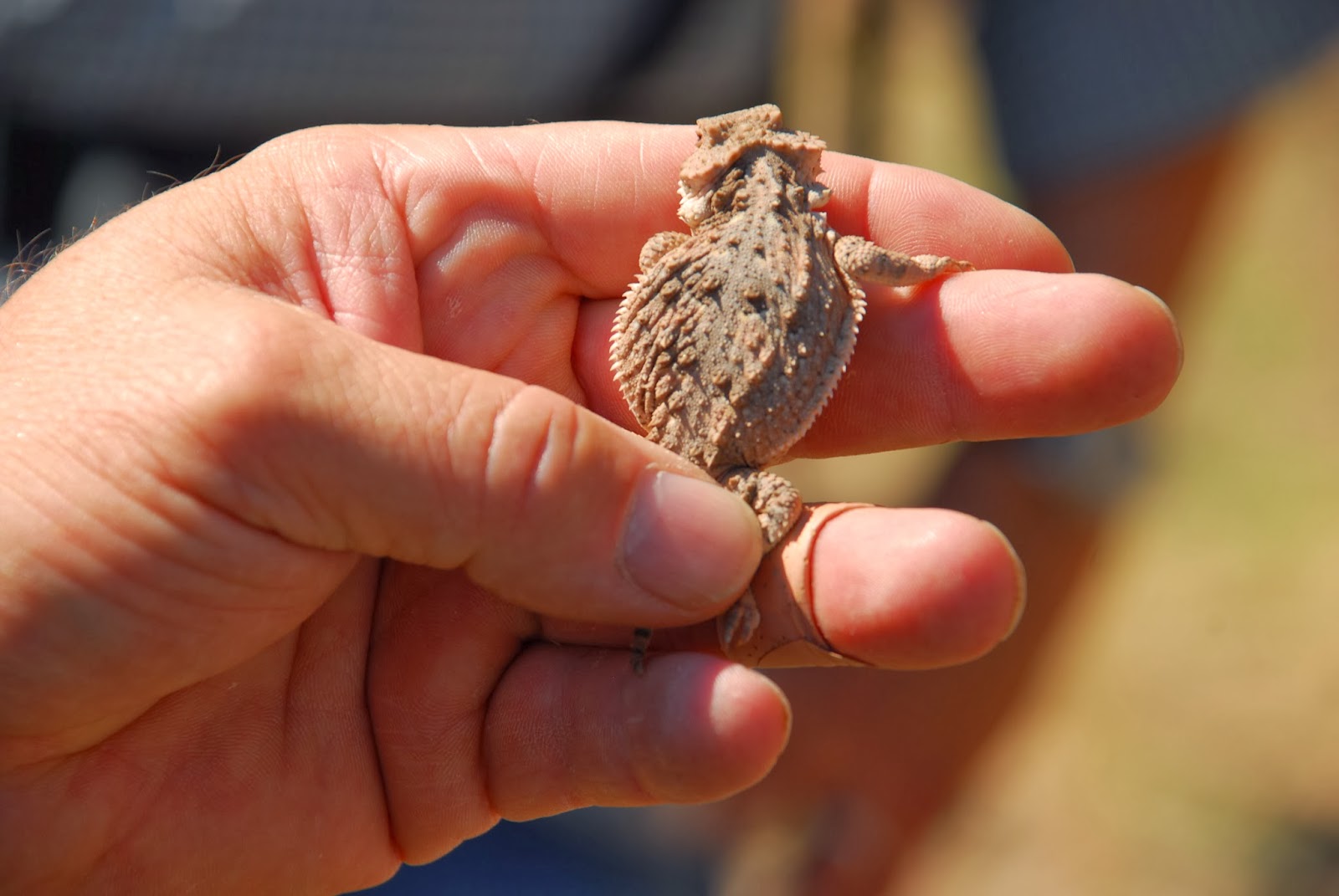 Tierra Grande is a fun group of folks interested in sharing their love of nature with others, providing outreach and education and volunteer support for nature-oriented projects in the region.

The potluck is listed on our Texas Mountain Trail events calendar, for details click HERE.

And put another terrific festival on your calendar, the VIVA Big Bend Food Festival, April 10-12, 2014.  Details to be available soon! 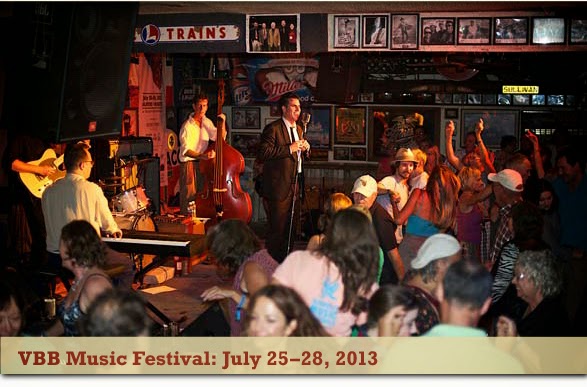 JOIN US! Ride for Reading in Fort Davis and Terlingua!

Last week, Ride For Reading organized a book giveaway at Hart Elementary School, thanks to our El Paso/Texas Mountain Trail friend and volunteer, Don Baumgardt.  Won't you join us on your bike for this week's deliveries in Terlingua and Fort Davis?


We'll be on Marfa Public Radio's Talk at Ten show THIS MORNING...listen in for more information!

JOIN US in Fort Davis on Thursday and Terlingua on Friday for similar book giveaways at the elementary schools!

Fort Davis:  Meet at 11 am at the Fort Davis Chamber of Commerce Office.  We'll ride as a group to the Elementary School, where the students will be able to pick out books to take home as their very own!

Terlingua:  Meet at 11 am at Big Bend Resorts and Adventures.  We'll ride as a group to the Elementary School, where the students will be able to ALSO pick out books to take home as their very own!

Who is making this happen?

Our non-profit Texas Mountain Trail is happy to coordinate these events, but we've had LOTS of help from wonderful people who've helped make this opportunity available to our Far West Texas schools. 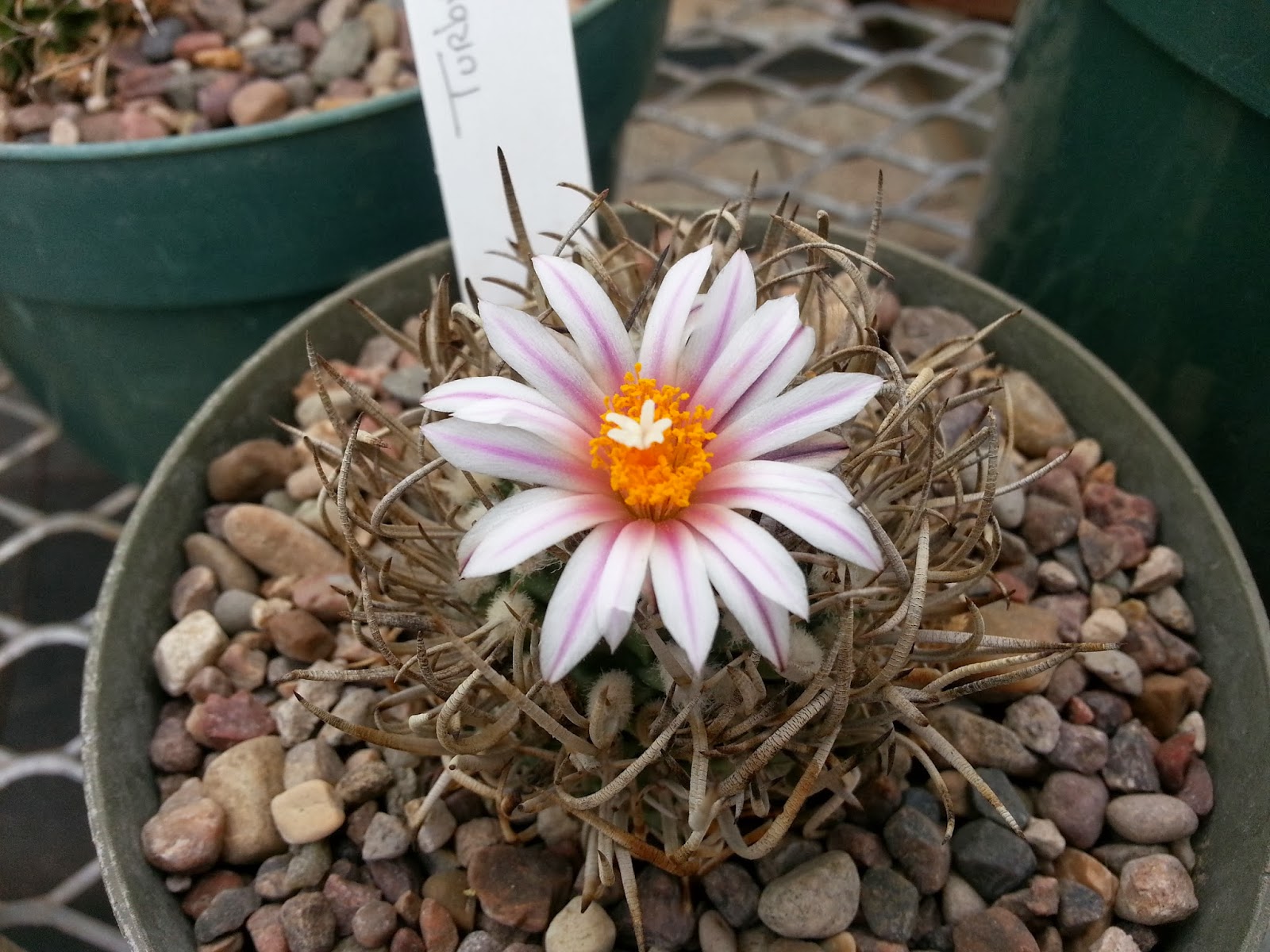 The Nature Center's webpage on the cactus greenhouse is here.

Visitor should remember that this is a living collection of specimens, so please do honor the "rules" of the greenhouse: 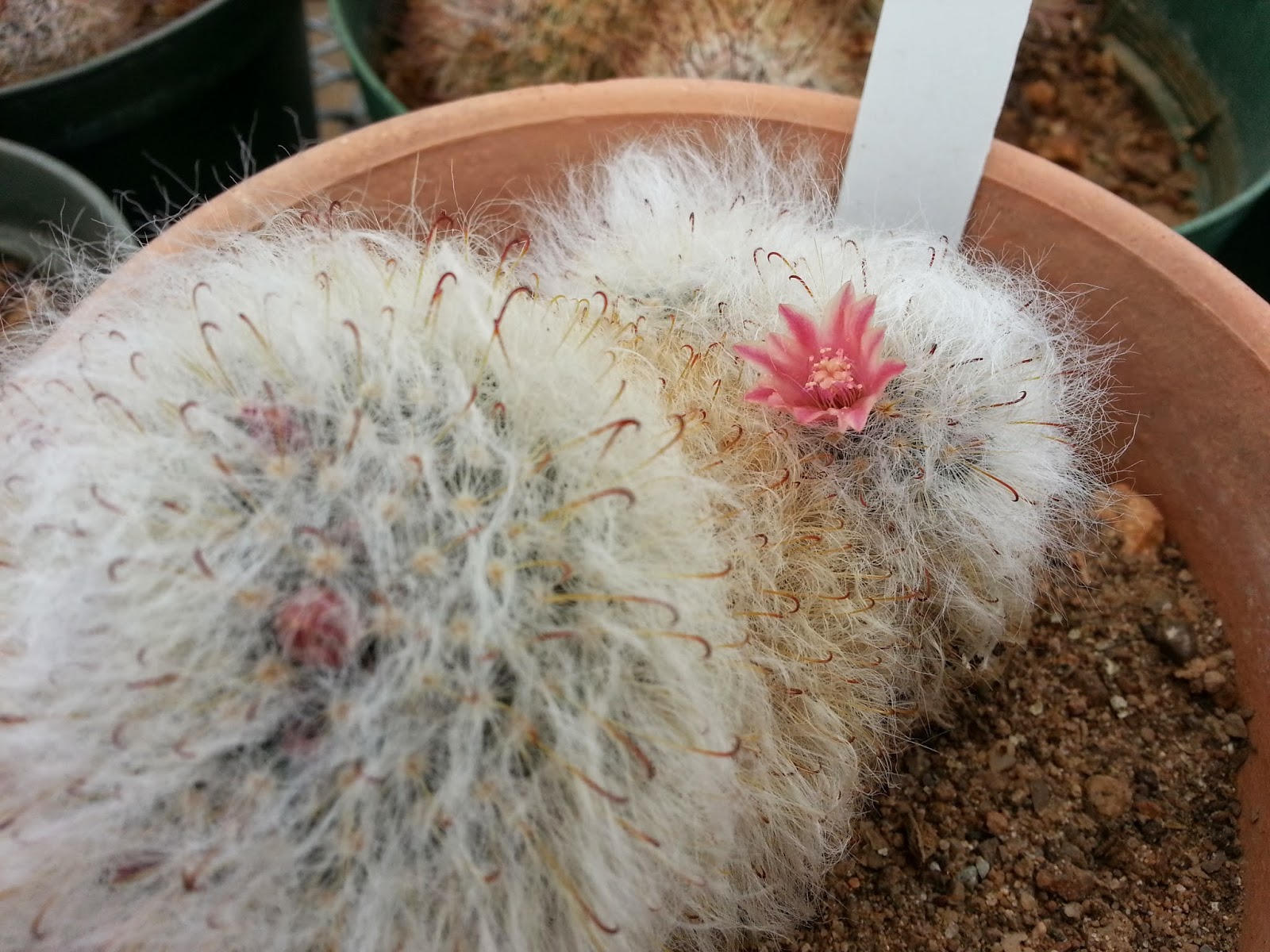 But please DO enjoy the variety, the textures, the shapes and the colors of the plants in the greenhouse at Chihuahuan Desert Nature Center! 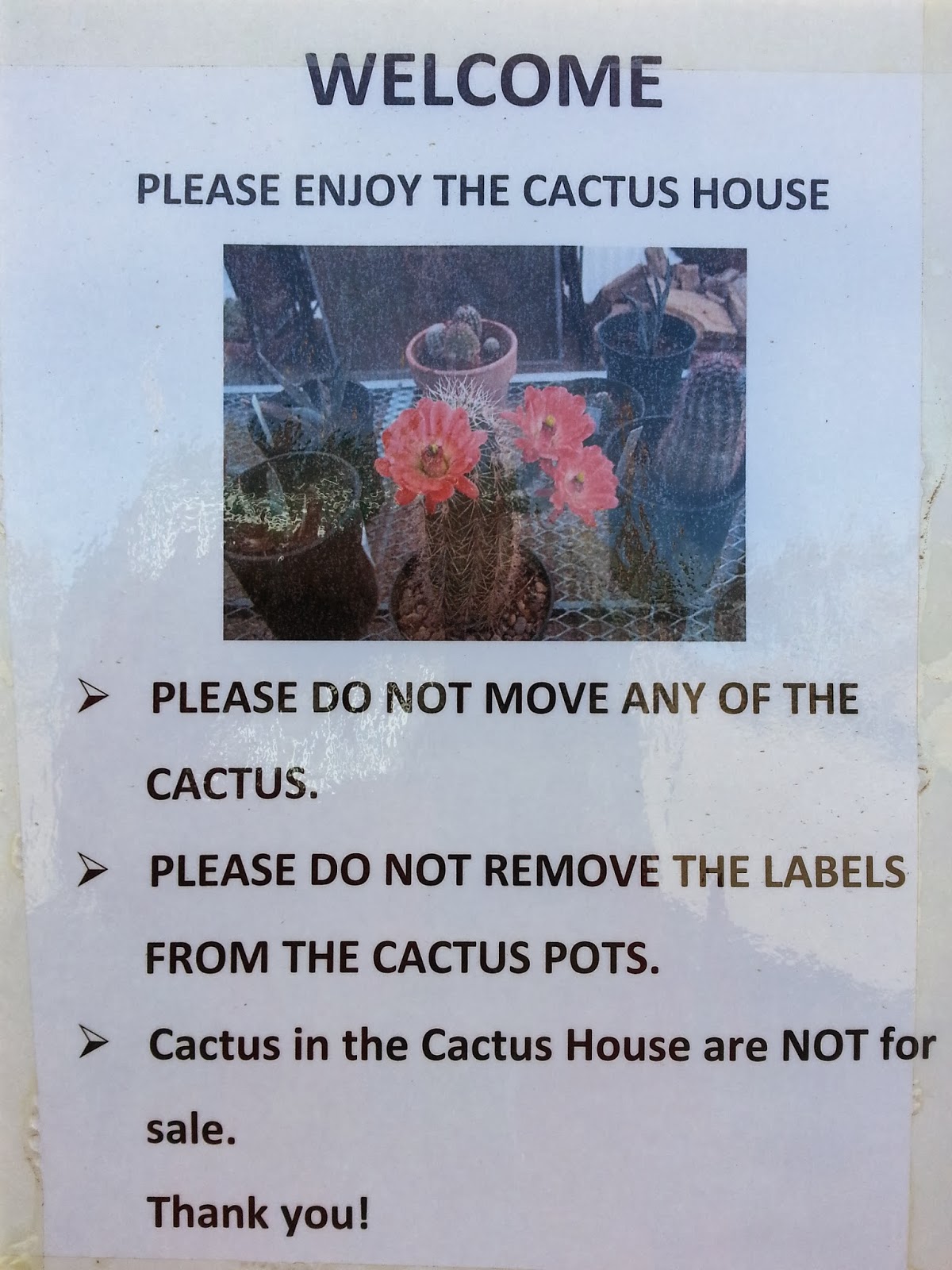 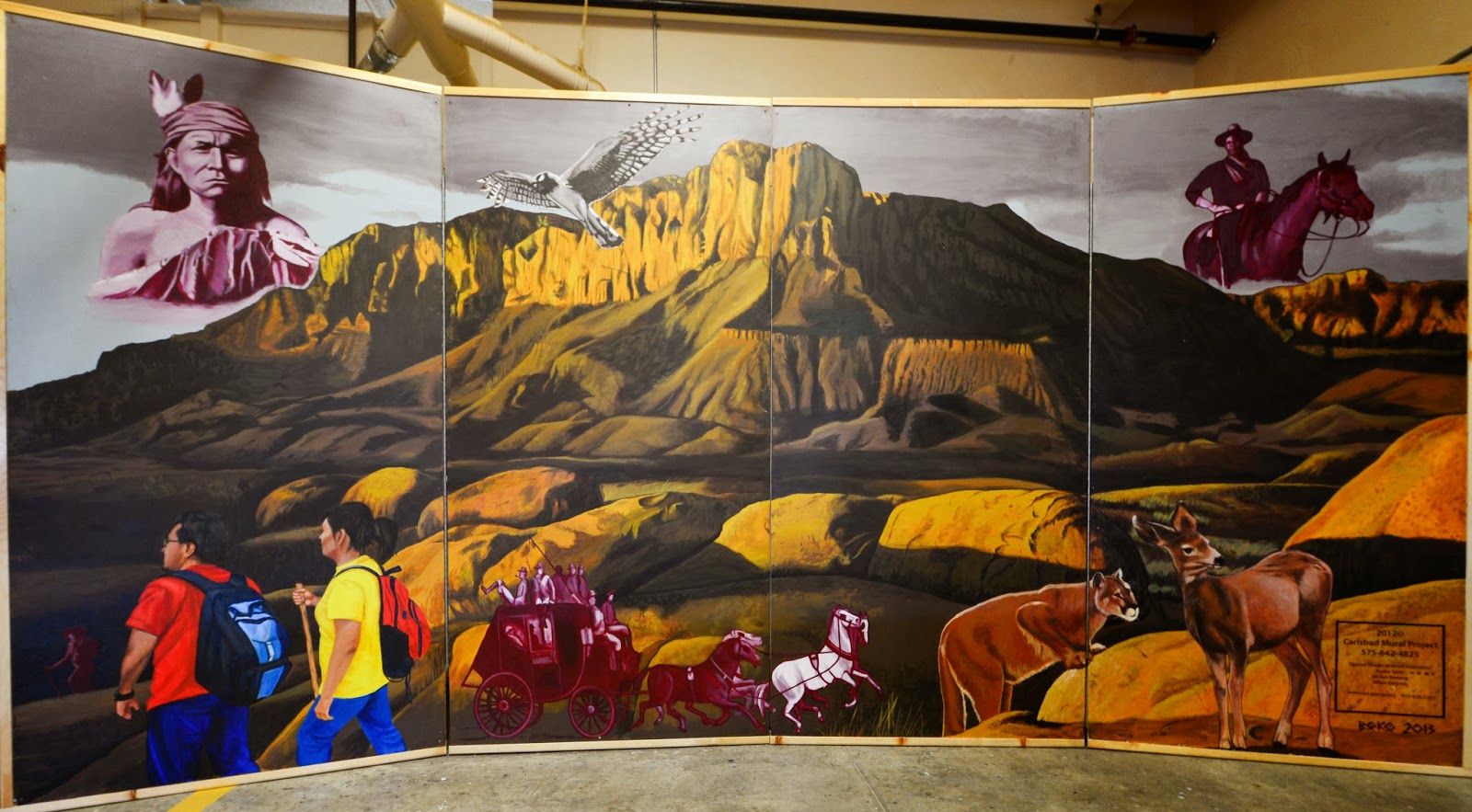 From our friends at Guadalupe Mountains National Park:

Guadalupe Mountains National Park Superintendent Dennis A. Vásquez announced that the park has completed a partnership with the Carlsbad Mural Project, a project of the Carlsbad Community Anti-Gang-Drug Coalition (www.carlsbadcoalition.net), with the creation of a traveling mural of the park. Guadalupe Mountains National Park entered into the partnership with the Carlsbad Mural Project to create the mural in 2012, as part of the 40th Anniversary of the park‟s establishment in 1972.

Vásquez stated, “Art - visual arts, language arts and music - in a variety of mediums - has long been used to help people visualize and understand national parks, from the early paintings of George Caitlin to the exquisite photographs of Ansel Adams. This mural is a wonderful way to introduce people to Guadalupe Mountains National Park and, along with our Artist-In-Residence program, illustrate the beauty, and the flora, fauna, geologic, historic resources, and recreational opportunities, such as hiking and backpacking, which the park possesses. We have enjoyed working with Brother Boko and the volunteers who created this beautiful mural, and are pleased at how well they have captured the essence of Guadalupe Mountains National Park.”

In July 2012, the park contacted Joe Epstein and Eve Flanigan at the Carlsbad Mural Project about the possibility of creating a mural of the park, after reading about a mural project they had undertaken with “at-risk” youth. Epstein put the park in contact with noted muralist Charles Freeman, AKA “Brother Boko,” and over the next several months, Boko spoke and met with park staff many times to discuss creation of a mural, which would similarly involve “at-risk” youth as a way of introducing them to and involving them in Guadalupe Mountains National Park, and to develop a concept for the mural. 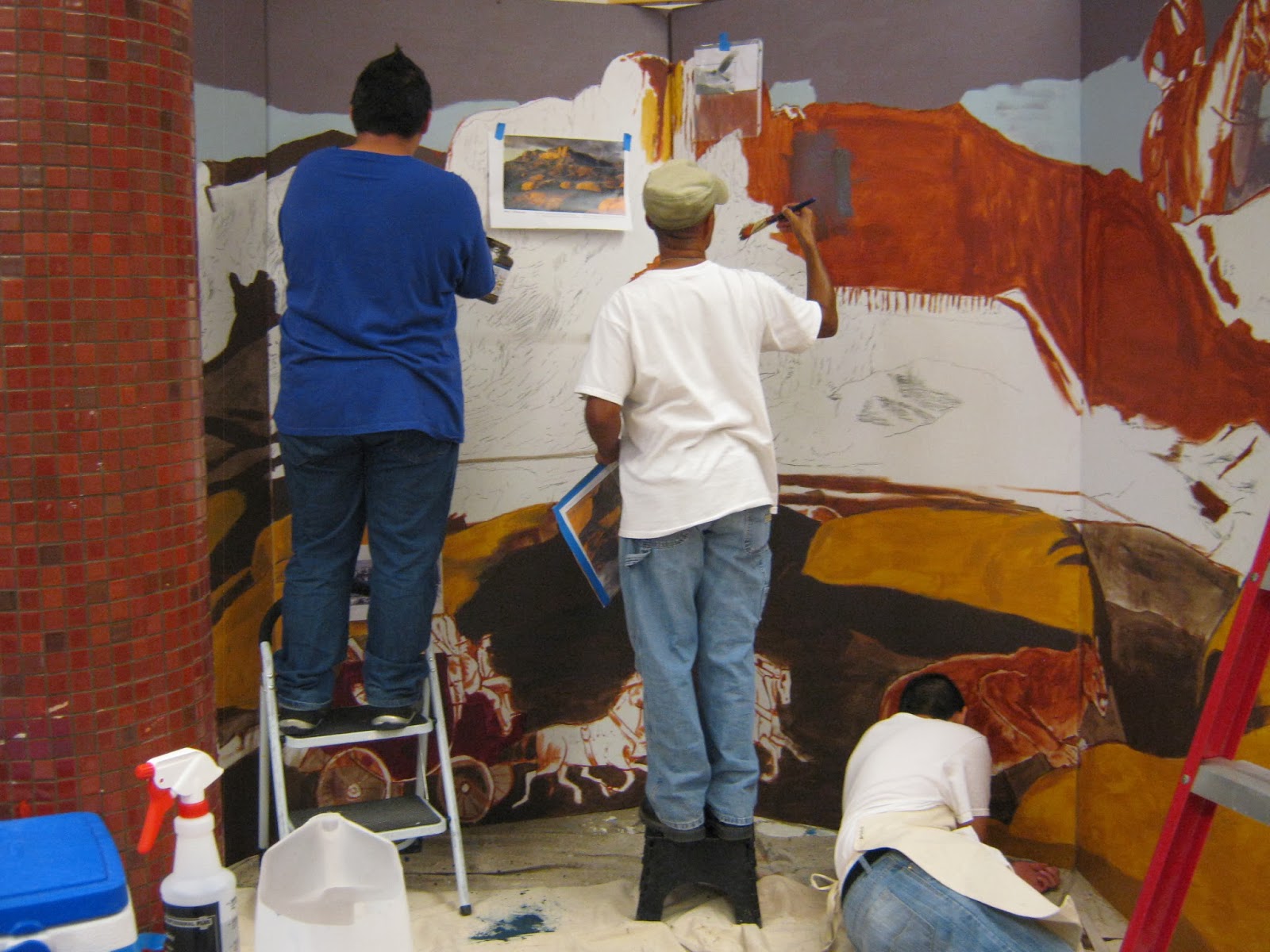 In August 2012, Boko submitted conceptual sketches, which were accepted by the park. The park provided the plywood, hardware, paint, information and photographs about the park, and park staff consulted with Boko on concepts and reviewed drawings and various stages of the mural‟s development. New Mexico State University, Carlsbad provided studio space and over the next several months Boko, as a NPS Volunteer-In-Parks, assisted by other volunteers, including NMSU-Carlsbad‟s Retention Coordinator Ayako Sami and Director of Library Services Akila Nosakhere, further developed the concepts for the mural, researched the park, including its flora, fauna and history, photographed various aspect of the park and painted the mural. Two other volunteers who helped paint the mural were young men, who must remain anonymous due to privacy concerns, from the Grace House (www.gracehouse.net), a residential treatment program for adolescents, aged 13-18, in Carlsbad, NM.

Brother Boko added, “I think the inclusion of so-called „at risk‟ youth is a great idea. The creative process of mural making offers them a positive and productive outlet for their creative energy. The Carlsbad Mural Project is committed to working with Carlsbad‟s youth through local organizations, such as the Boys & Girls Club, which has proven to be a great collaboration. Our most recent endeavor with young people from the Grace House has proven to be quite beneficial, as well. The two youth who participated in the production of the Guadalupe Mountains travelling mural were enthusiastic and open to being taught mural painting techniques. My hope is that they will continue to pursue this path and achieve great things in their lives. Thanks J and D, and also to Ayako, for your energy!”

The then unfinished, 8‟ high x 16‟ wide mural, consisting of four painted, plywood panels, was displayed publicly for the first time at the Pine Springs Visitor Center, during the park‟s 40th Anniversary Celebration on October 6, 2012. After that event, work continued on the mural in between several other mural projects for which Boko was commissioned. When not being used for outreach, the mural may be seen inside the Pine Springs Visitor Center Auditorium, which is open daily (except for December 25) from 8:00 AM to 4:30 PM.

Vásquez continued, “We are grateful to Brother Boko, as well as for the support of Eve Flanigan and Joe Epstein of the Carlsbad Mural Project, Dr. John Gratton, President of New Mexico State University, Carlsbad, as well as Sharon Young, Linde Merry and Bobby Keys, Ayako Sami and Akila Nosakhere of New Mexico State University, Carlsbad, Melissa Roberts at the Grace House, as well as the two young artists from Grace House who assisted with the mural. Jesus “Chuy” Melero, a Carlsbad High School Teacher assisted with this project during his time as a Teacher- Ranger-Teacher at the park, as well as after he returned to the classroom, and the park‟s maintenance staff, designed and built the frame for the mural. We thank everyone who was involved in this project in bringing it to fruition.”

Park information, including park conditions, closures or restrictions, weather and program information, may be found on the park‟s website at www.nps.gov/GUMO/, on the park‟s Facebook page at www.facebook.com/Guadalupe.Mountains/, or by contacting the Pine Springs Visitor Center at (915) 828-3251 x2124. Free interpretive programs and guided hikes may be found on the Meetup page at www.meetup.com/Guadalupe-Mountains-National-Park-Meetup-Group/, on the park website or by calling the Pine Springs Visitor Center. The Pine Springs Visitor Center is open daily (except for Christmas) from 8:00 AM until 4:30 PM (8:00 AM until 6:00 PM from Memorial Day Weekend through Labor Day Weekend). Be sure to stop by to get a map, site bulletins, brochures, post cards, books or film about Guadalupe Mountains National Park. The McKittrick Canyon, Frijole Ranch House, Dog Canyon and Salt Basin Dunes (Dell City,TX) Visitor Contact Stations are open intermittently. Please call the Pine Springs Visitor Center at (915) 828-3251 x2124 to find out whether they are open. For Dog Canyon, call the Dog Canyon Visitor Contact Station/Ranger Station at (575) 981-2418.
Posted by Unknown at 7:03 AM No comments: 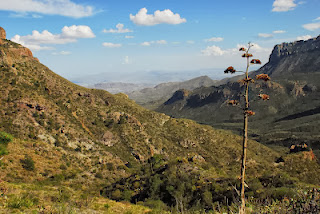 From the park's website, information on one of our favorite trails in the entire Texas Mountain Trail region:

Lost Mine Trail
Difficulty: Moderate; Distance: 4.8 miles round trip
Begin at mile 5.1 on the Basin Road, limited parking
This trail serves as an outstanding introduction the flora and fauna of the Chisos Mountains. With limited time, hike to marker 10 (about 1 mile), where a saddle offers stunning views of Casa Grande and Juniper Canyon. The remainder of the trail climbs steeply in and out of juniper, oak, and pine forest. The trail abruptly levels out at the ridge with superb views of Pine Canyon and the Sierra del Carmen in Mexico. A brochure is available at the trailhead.

Other hiking tips and recommendations from our friends at Visit Big Bend, here.
Posted by Unknown at 1:30 AM 1 comment:

Part of our mission at our Texas Mountain Trail organization is to encourage visitors to plan a trip to the Texas Mountains:  Big Bend, the Davis Mountains, the Franklin Mountains of El Paso, the "Top of Texas" at Guadalupe Mountains National Park and all our charming communities.

Today, we'll be in Houston at the Houston Marathon Expo, sharing travel and adventure information and inspiration to all the runners and their friends and family.  We'll talk to well over 1,000 people in during the two day Expo...and we love sharing our love for the mountains with everyone!  Look for the Visit Big Bend banner and come see us!

Posted by Unknown at 2:30 AM No comments:

Tomorrow, one of our favorite places in the Davis Mountains is reopening to visitors, the Chihuahuan Desert Nature Center, just outside of Fort Davis.

We love hiking on the the trails, exploring the botanical gardens, and visiting the Cactus Greenhouse to see what's blooming...and something is blooming nearly every time we visit!

From the moment we pull off Hwy 118 (the road from Fort Davis to Alpine) and head through the front gate to the visitors center anticipation builds.  We enjoy the view of the lush grasslands--this time of year--a buttery golden color and a hint of the mountain views we'll see from the Center's hiking trails.  Our check-in at the Visitors Center reveals a whiteboard where other visitors have recorded their "sightings" of birds and animals.  We can't wait to add our own experiences to the list!

This is a GREAT place to spend your Saturday...go there tomorrow!

Posted by Unknown at 1:30 AM No comments:

The historic Gage Hotel in Marathon is hosting a Gourmet Taco Dinner with Tequila and Margarita Tasting on Saturday, February 1st at 6 PM. The energetic and fun Grupo de la Paz will be playing live music all night! Reservations are required. To make reservations or for more information call 1-800-884-Gage.


The Gage Hotel was built in 1927 for rancher, banker, and businessman Alfred Gage, who commissioned El Paso architects Trost and Trost to design the property as a headquarters for his 500,000-acre ranch. In 1978, the property was renovated as a hotel with authentic West Texas and Mexican-inspired decor, such as hand-crafted rustic doors, wrought-iron candelabra fixtures, and appealing adobe details.  The hotel also boasts an excellent restaurant along with the Desert Moon spa and lush gardens.
Posted by Unknown at 2:30 AM No comments: