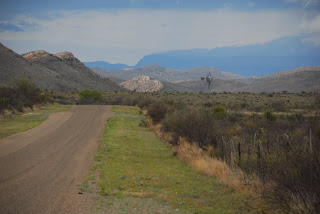 Five miles south of Marathon, there's a special little place, called Post Park.  The park, a project of the WPA and built in the 1930s is a favorite of local residents, and it is used for picnics, dances and fishing.
During the 19th century, Comanches camped here on raids to Mexico. To deter raids--and to protect supply wagons enroute to Fort Davis--the U.S. Army established Camp Pena Colorado at the watering hole in 1880. Famous Buffalo Soldier Lt. Henry O. Flipper served here before the post was closed in 1893.
Posted by Unknown at 5:00 AM