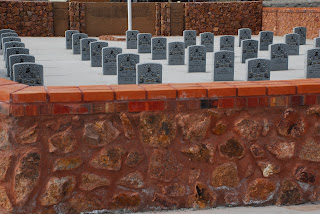 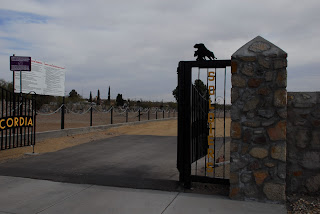 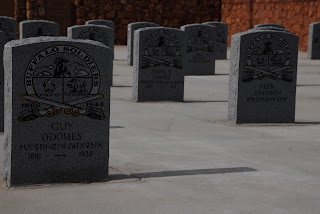 One of the best stories and most distinguished histories coming out of our region is that of the Buffalo Solider.
Many visitors to our region appreciate Fort Davis National Historic Site's connection to Buffalo Soldiers.  Yet our history goes beyond Fort Davis.

Enthusiastic volunteers keep the legacy of the Buffalo Soldiers alive elsewhere.  For example, different groups of volunteers have worked together in El Paso to honor the soldiers.  One of the best places to see their work is in Concordia Cemetery in the shadow of the Franklin Mountains in the center of the city.  Click here to see the website of the Buffalo Soldiers, Donnie W. Brown Chapter, 9th & 10th (Horse) Cavalry Association of El Paso, Texas.

True West magazine named Concordia Cemetery one of the "Best Preserved Gravesites in the West," and that's because of the countless hours put in by volunteers to preserve the cemetery and interpret the stories of the people of El Paso.  An entire section of the cemetery is dedicated to the graves and the service of the Buffalo Soldiers.  Hats off to the volunteers of the Concordia Heritage Association and the Buffalo Soldiers Motorcycle Club for all their hard work!

Watch the memorial as it is built, through photos posted by the El Paso Buffalo Soliders Motorcycle Club...page down at this link!
Posted by Unknown at 7:08 AM